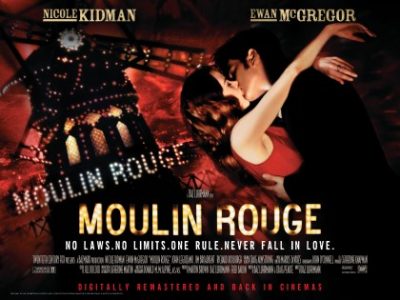 Showing as part of our Sunday afternoons at the Opera House series this breathtaking baroque film from 2001 starring Nicole Kidman and Ewan McGregor marries the best of theatre, opera and cinematic technique. The Director Baz Luhrmann generally keeps a grip on the chaotic proceedings and his cast throw themselves at the material with gusto – in short, a triumphant, if unconventional,
rewarding experience. You’ll have to decide though if Paris’ Moulin Rouge qualifies as an Opera House!