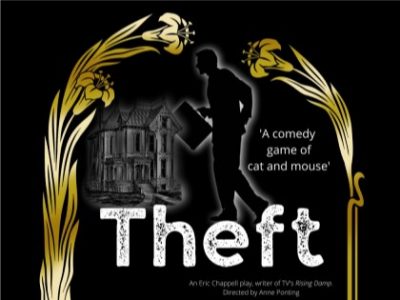 Please note: this performance has been postponed from June

An anniversary evening out ends with a burglary, and a burglar who initially masquerades as a policeman, but is soon unmasked.  Before long, however, it becomes clear that he is not just in possession of some of their property – he knows their secrets too!  A witty comedy which shows that not all marriages are quite what they seem, and neither are friendships.

A hilarious script penned by Eric Chappell (who wrote Rising Damp) is brought to the stage by Scaramouche Theatre Company who performed “Private Lives” in this theatre a couple of years ago.