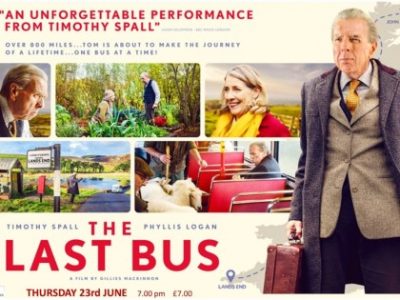 A tender, heart-warming British film that follows Tom (Award winner Timothy Spall)’s nostalgic trip using his free bus pass from John O’Groats to Lands End to carry his wife’s ashes
back to where they originally met. His journey begins to capture the imagination of the
local people that he comes across on the way and, ultimately, becomes a nationwide story.