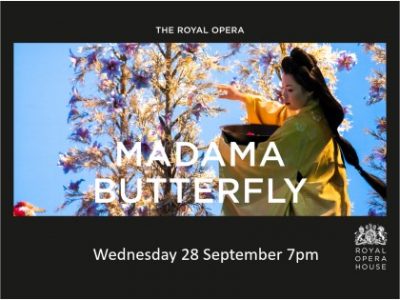 On a starlit night in Nagasaki, these are the words spoken by American naval officer Pinkerton to young geisha Cio-Cio-San. But as they both learn, words and promises carelessly spoken can have indelible consequences. With a score that includes Butterfly’s aria, ‘Un bel dì, vedremo’ (‘One fine day’) and the ‘Humming Chorus’, Giacomo Puccini’s opera is entrancing and ultimately heart-breaking. Moshe Leiser and Patrice Caurier’s exquisite production takes inspiration from 19th-century European images of Japan.

Running time: 3hrs and 10minutes (including one interval)