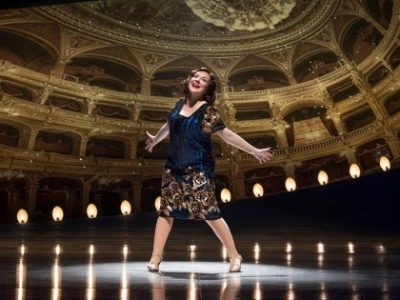 Funny Girl is based on the life of Broadway star, film actress and comedienne Fanny Brice (a role made famous by Barbra Streisand) and her tempestuous relationship with entrepreneur and gambler Nick Arnstein. This classic musical and critically acclaimed production features Sheridan Smith in “an unforgettable star turn” (The Times) and a host of iconic musical numbers including ‘People’, ‘I’m the Greatest Star’ and ‘Don’t Rain On My Parade’.

Following its record-breaking, sell-out run at Menier Chocolate Factory and in London’s West End, Funny Girl was captured by Digital Theatre live at Manchester’s Palace Theatre on the last night of its national tour.

The capture is co-produced by Digital Theatre and Sky Arts.